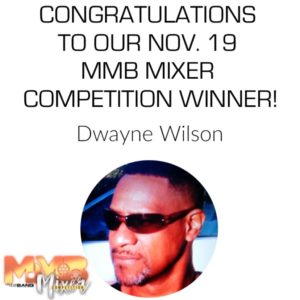 Memphis Music Banq Creator, Dwayne Wilson, is a composer and producer.  Musicians are people born with the natural gift to captivate people with sound, through sound. Music says things that words can’t say. Dwayne Wilson is one of those special individuals born with that unique gift to create musical magic. Born and raised in one of the musical meccas of the world, Memphis, TN, Wilson has been a transcending producer with his innate ability to create music that is timeless and intriguing. His ability to make music of all types is one of the unique abilities he possess as a producer that has enabled him to be successful. As a producer signed to the legendary “Suave House Records” he was instrumental in making music that became classics in the foundation of southern rap music. T Mix, 8Ball & MJG, Crime Boss, South Circle, Kirk Whalum, Carl William Smith, Thomas Earl Jones III and George Jackson are a handful of the great musicians that he has worked with. Some of the songs off of his personal project “Expressions were used in the short film “Forbidding Love.” Dwayne C. Wilson is a producer that doesn’t allow a sound to define him; he defines the sound. He also worked on a Independent Film M. Pearls A. A. L the movie as the composer movie is now on Pantaflix.

Click to listen to Dwayne’s music and license for your next project.