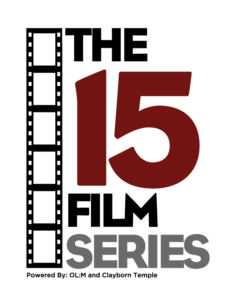 CLAYBORN REBORN AND ON LOCATION: MEMPHIS PARTNER TO BRING ‘THE 15’ FILM SERIES TO HISTORIC CLAYBORN TEMPLE

In keeping with its mission to bring community and conversation to historic Clayborn Temple, Clayborn Reborn will partner with On Location: MEMPHIS this summer to bring The 15 Film Series to the building, screening 15 films over the course of 15 weeks, beginning June 15 with the critically acclaimed Fruitvale Station.

Films in the series will engage with three themes: Memphis history, art, and spatial justice. Screenings will take place each Thursday beginning June 15 and will kick off with an outdoor block party featuring local vendors, food trucks and a DJ. In addition to Fruitvale Station, other confirmed films include local documentaries Verge Memphis, The Invaders and Orange Mound, Tennessee: America’s Community, and King Vidor’s Hallelujah.

The 15 Film Series will also highlight local art: Memphis musicians will be featured on a night of music video screenings, and Memphis filmmakers are invited to submit their work via FilmFreeway.com for consideration to be featured later in the series. Filmmakers interested in submitting their work should contact Angela Green, CEO of On Location: MEMPHIS, at info@onlocationmemphis.org. Vendors interested in getting involved with The 15 Film Series block parties should contact Deondra Henderson, Events Coordinator of Clayborn Reborn, deondra@claybornreborn.org.

Each block party and screening will be free, open to the public and include discussions led by an expert curator. The series has been made possible by an ArtsFirst grant from ArtsMemphis and First Tennessee Foundation. After several months of working with partners to present events and programs in the space, the series also represents Clayborn Reborn’s first in-house program.

ABOUT ON:LOCATION MEMPHIS
On Location: Memphis is a non-profit organization with the mission of supporting local independent artists in the film and music industries. OL:M hosts the annual International Film and Music Fest and is excited to partner in the effort to revitalize Clayborn Temple.

ABOUT CLAYBORN REBORN
Clayborn Reborn is a non-profit LLC managing the reactivation of Clayborn Temple. Clayborn Reborn has hosted over a dozen public events since Clayborn’s reopening in October of 2016 through partnerships with various nonprofits in the city. Clayborn Reborn’s mission is to refamiliarize Memphis with one of its historic treasures during a season of previtalization before full restoration of the space. Clayborn Reborn is hopeful that The 15 Series will engage a diverse array of Memphis through educational and inspirational films in the historic space.