Friday night, Feb. 18, 2011, actors, film and production members, editors, and filmmakers all gathered together for Fuel Film Memphis’ 48 Hour Film event. The goal of the event is foster collaboration among filmmakers in the community to pool all of their resources to produce several films, from start to finish, within 48 hours. There was a great crowd present, from all around the Memphis area. Also present was Linn Sitler, the Memphis & Shelby County Film & Television Commission Film Commissioner, and Jon Sparks, of the Commercial Appeal. Both are pictured on the right below. 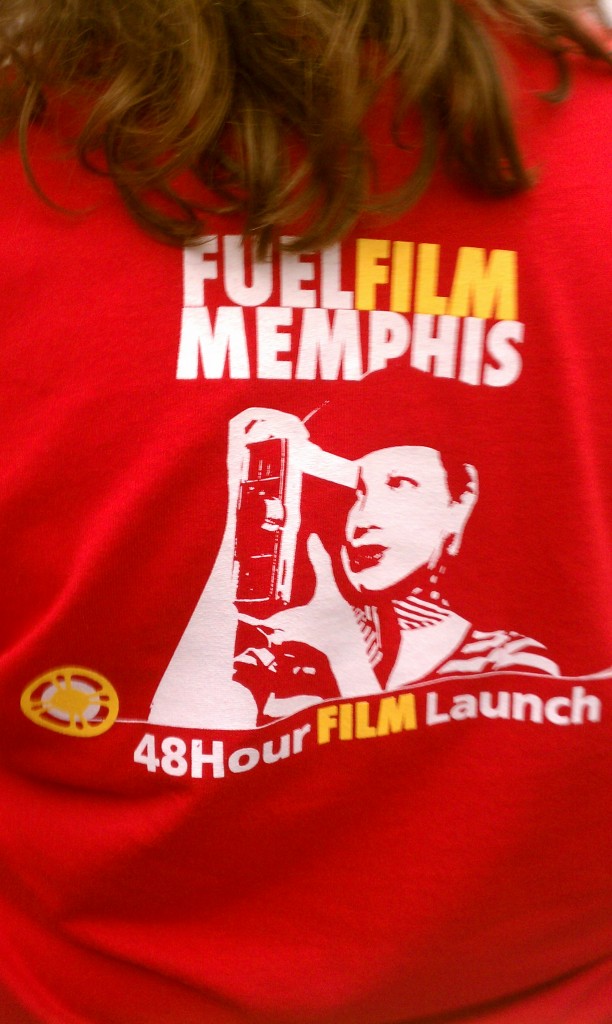 The evening began as those registered began pitching their ideas- stating the plot, the title, what resources they already had, and what they needed to complete the film. Each had only a few minutes to pitch their ideas. There were a total of 17 pitches given ranging from romantic comedies to suspenseful dramas. After the pitches were completed, all walked around the rooms to where each filmmaker was located and voted on the ideas they liked the best, and which projects they could participate in. Then after review of the votes by the Fuel Film board, the five films with the most votes were approved for production. But wait, there was an extra and unprecedented surprise. Due to the fact that a few of the ideas brought along all of the resources they needed – we’re talking about, they had their actors, they already had a crew and equipment, and so on – the board decided to approve 4 more films, making a total of 9 films set to start production over the weekend. That was something no one had expected. Consider that magnitude of that initiative! There is a potential for Memphis to complete 9 short films in one weekend! And so after some tense waiting, the Fuel Film board announced the top five winners, green lit for production, and the 4 runner-ups who had everything they needed to successfully accomplish their projects. The winners were very excited (and we decided to give each of the winners a complimentary On Location: Memphis t-shirt, which they were more than happy to accept). Additionally, we will be screening all the films that are completed at our festival, April 7-10, 2011. 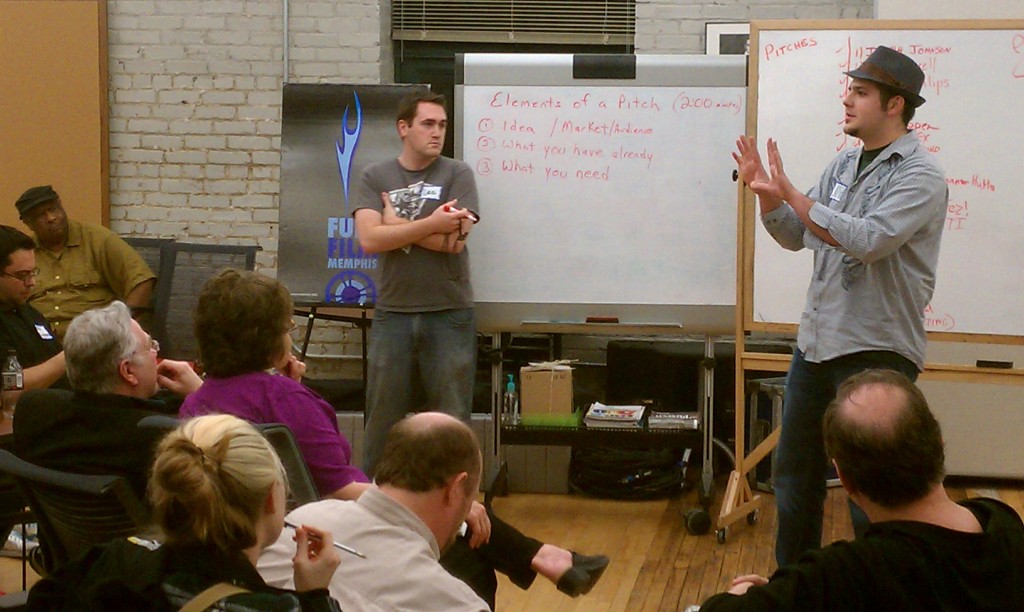 Above: Individuals pitch their ideas to the audience hoping to win votes and get their project produced.
Below: Fuel Film tally’s up the votes and decides which films are going to be given the green light. 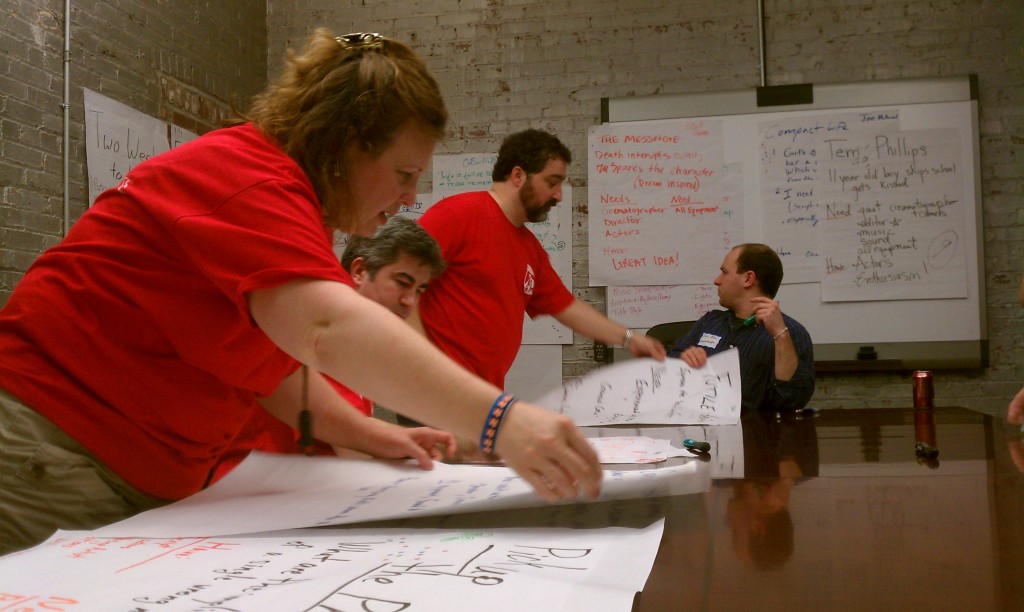 With that, all the teams were sent into a frenzy to organize their crews and resources, to plan out how they would each accomplish their films before the weekend was out. One of the great things about this event was that, as one of the Fuel Film Board Members put it, this was not really competition in many aspects. The goal is successfully complete all of the films by the end of the 48 Hours. Everyone is to contribute they’re skills and abilities, to multiple projects even, to that aim. If they do that, they’re all winners. It’s all about getting the community together to collaborate and network and work together toward accomplishment. And that in itself, is quite an accomplishment thanks to Fuel Film Memphis and the Memphis & Shelby County Film & Television Commission.

To find out more about Fuel Film Memphis visit their website at: www.fuelfilm.net.

The completed films from this weekend will be screened tomorrow night at Fuel Film Memphis. Details are below.

PrevWear the Shirt – Get the Discount
NextBecome a “Fiverr” for On Location: Memphis